1917 Abstinence Observance Today**: Full abstinence, no meat or meat products may be eaten.

Potential Prayer(s): Today is the start of the Divine Mercy novena that ends on Divine Mercy Sunday, 4/8, and the Sorrowful Mysteries Rosary.

Potential Fast Intention: For all of us, as we all crucified Christ.

Potential Give: Finish anything that you have been putting off this Lent to do for someone else. 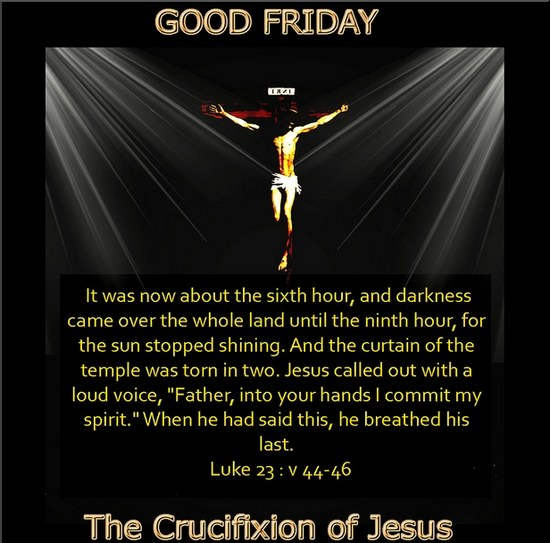 “Christ reconciled four worlds by destroying two barriers: one horizontal, separating the Jews from the Pagans, the other vertical, which had removed mankind from God.”   — St. Gregory of Nyssa

The very word “excruciating” comes from two Latin words: ex cruciatus, or out of the cross.  It is a pain that is unlike any other, and only comes from the pain of crucifixion.

Generally, death from crucifixion comes from exhaustion and asphyxiation as sufferers are kept on their crosses sometimes for days until that occurs. Our Lord suffered the most painful torture for us, on a wooden beam which is made up of splinters of our sin.  The least we can do is to meditate on His suffering, and pray and fast for His forgiveness and grace. 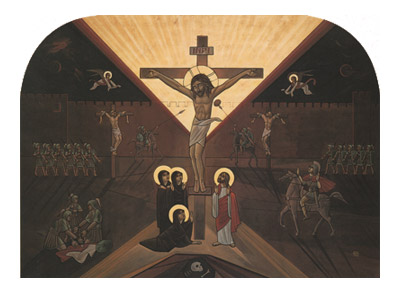